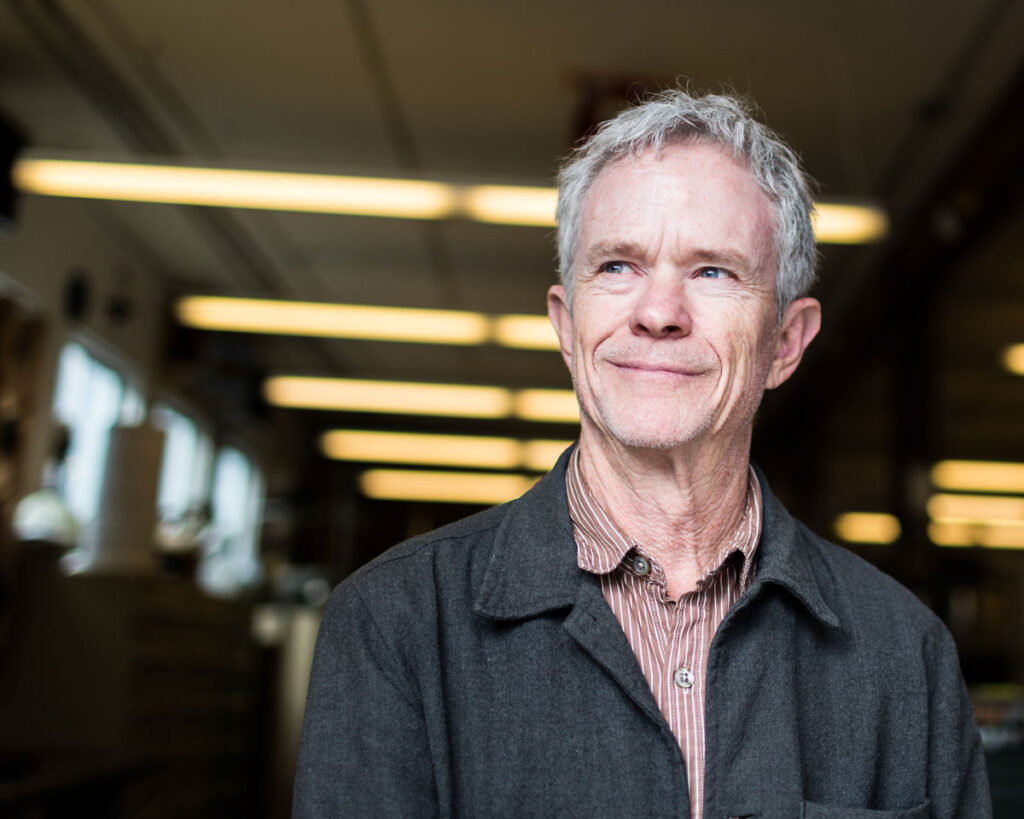 "Thinking of color in relationship to light, it made sense to go into lighting." 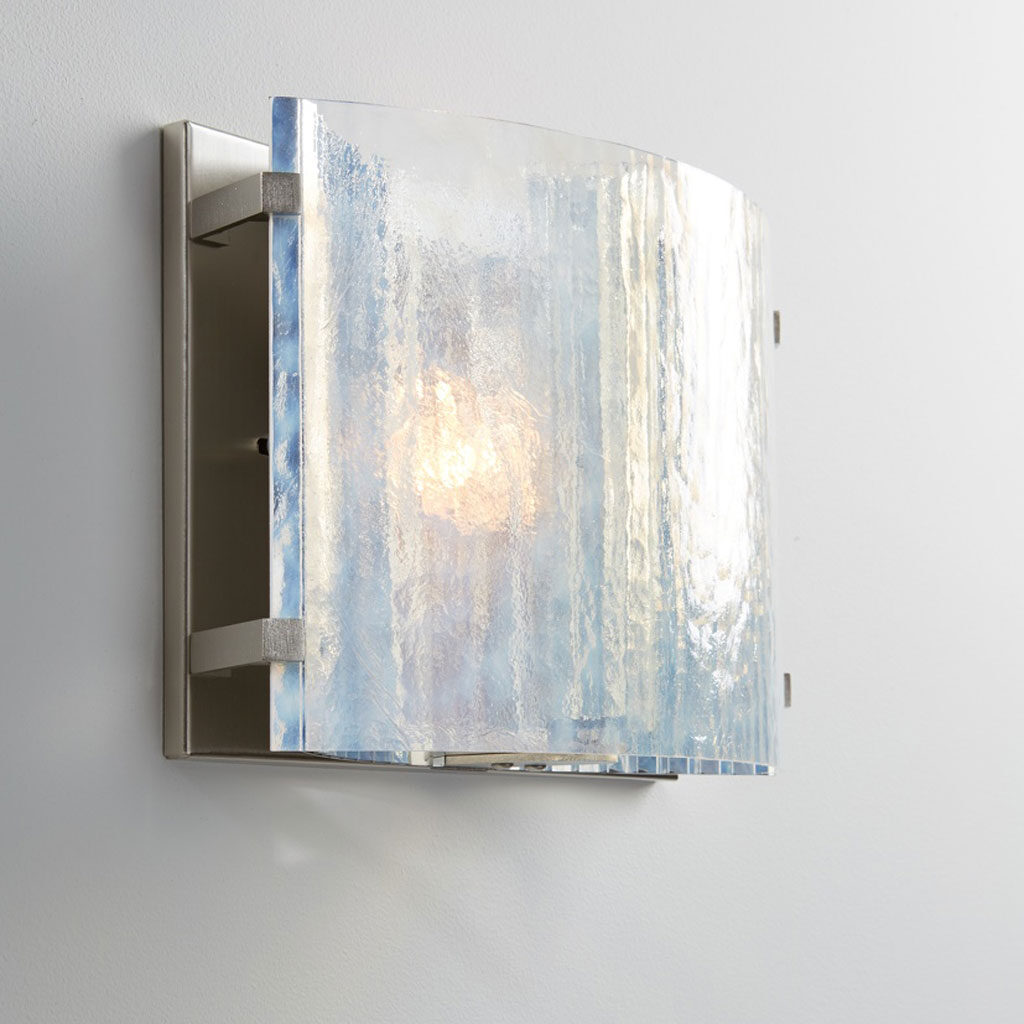 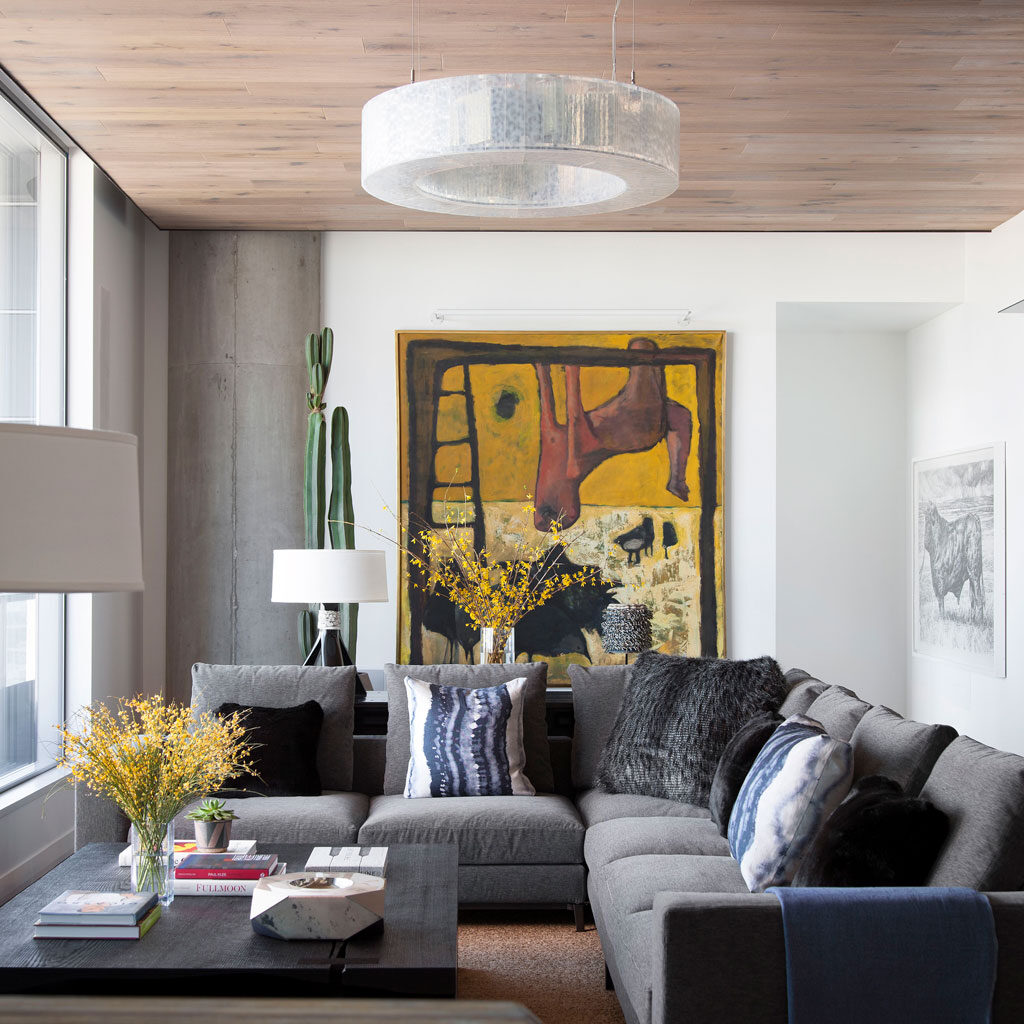 Michael McEwen’s fascination with industrial design, engineering, and electronics began early with disassembling and modifying bicycles, then cars, then guitars and amplifiers. In his twenties, Michael performed classical ballet in the San Francisco Bay area before completing his studies in textile design.

His work in apparel dying coloration, combined with his interest in sculptural forms, led him to lighting. His studio was founded in 1990. Since then, McEwen has created luminaires for clients around the world.

The Inspiration?
A Mix of Industrial Design & Nature.

“A lighting fixture draws your eye in past the surface of an object, sculptural or otherwise, to wonder what is going on inside.”

When discussing lighting, Michael’s love of mechanics, tools, and materials shine through, as does the inspiration he finds from nature.

Lighting plays off reflectors and can be indirect, “so you aren’t looking right at the light bulb, but rather the reflections through a distorted layer of glass.”

Imagine sunlight reflected off rocks in a river. There is an organic, natural element and a depth of visual appeal that runs through all McEwen fixtures.

Glass, with its ability to mimic water—through reflective, refractive depth and clarity in motion—is important to his craft.

Another source of inspiration is found in reclaimed industrial objects. Michael’s first lighting creations were assembled sculptures from found objects uncovered in junk and salvage yards.

The Ambiance. A Bit of Magic

“Light is more profound than just light. It can transport you somewhere.”

What does Micheal think lighting should be?

Transporting. Music can transport you anywhere in the past, present, or future—or remind you of a person, place, or time. Illumination is similarly transporting and powerful, adding an additional element to everything in its path. It takes the right lighting to show the beauty of everything else in the room.

Intriguing. Lighting should blend with the décor, but if your eye wanders to the fixture, it should pull you past the surface.

Sculptural and beautiful. Fixtures must be beautiful while achieving their functional goals. It’s a balance.

Functional. The visual impact shouldn’t be overwhelming, and neither should the illumination. It should be comfortable, warm, and inviting. He likes a dimmer and warmer light in the evening. It should always be possible to change the temperature and brightness.

Appropriate—Not over illuminating. When growing up in tract housing, Michael hated the square ceiling lighting so much that he unscrewed the fixtures and plugged in table lamps to modulate the mood. As a teenager, he shot out streetlights that were shining into his room. This led him to a respect for appropriate lighting. We need illumination but don’t necessarily need to use LEDs to crank up the brightness. He believes that cities are over-illuminated.

A bit of smoke & mirrors. Michael often circles back to the smoke and mirrors of reflectors and glass in illumination—like reflections in a pool of water.

Michael is always tinkering and formulating ideas for his next design series. He previously held a one-person lighting show at a gallery.
When pushed to share what may be next, he said that he’d love to do another gallery installation to curate lighting in an abstract way, outside its typical realm. We’d love to see this.

What’s the Big Takeaway?
It All Comes Down to Taste. 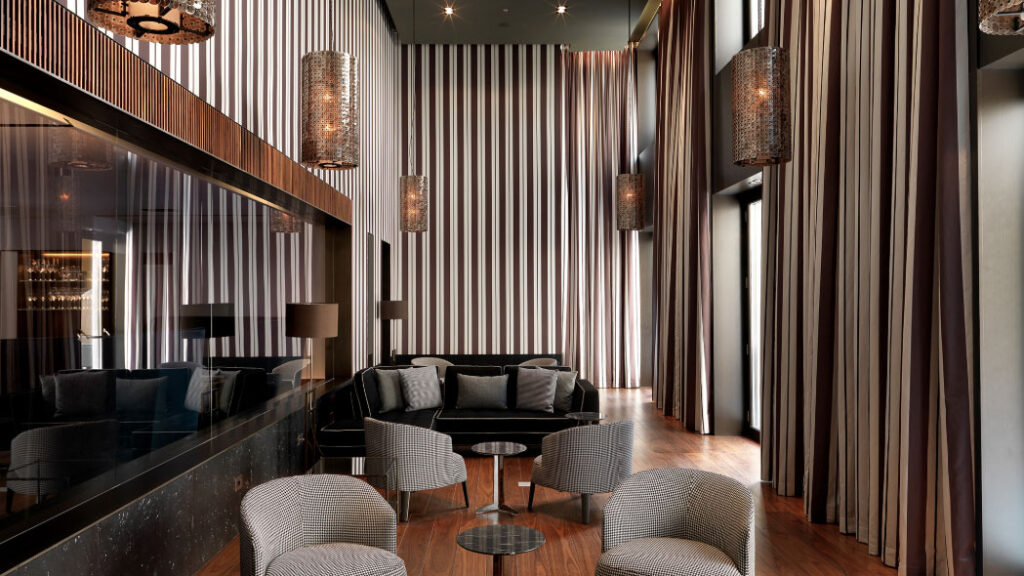 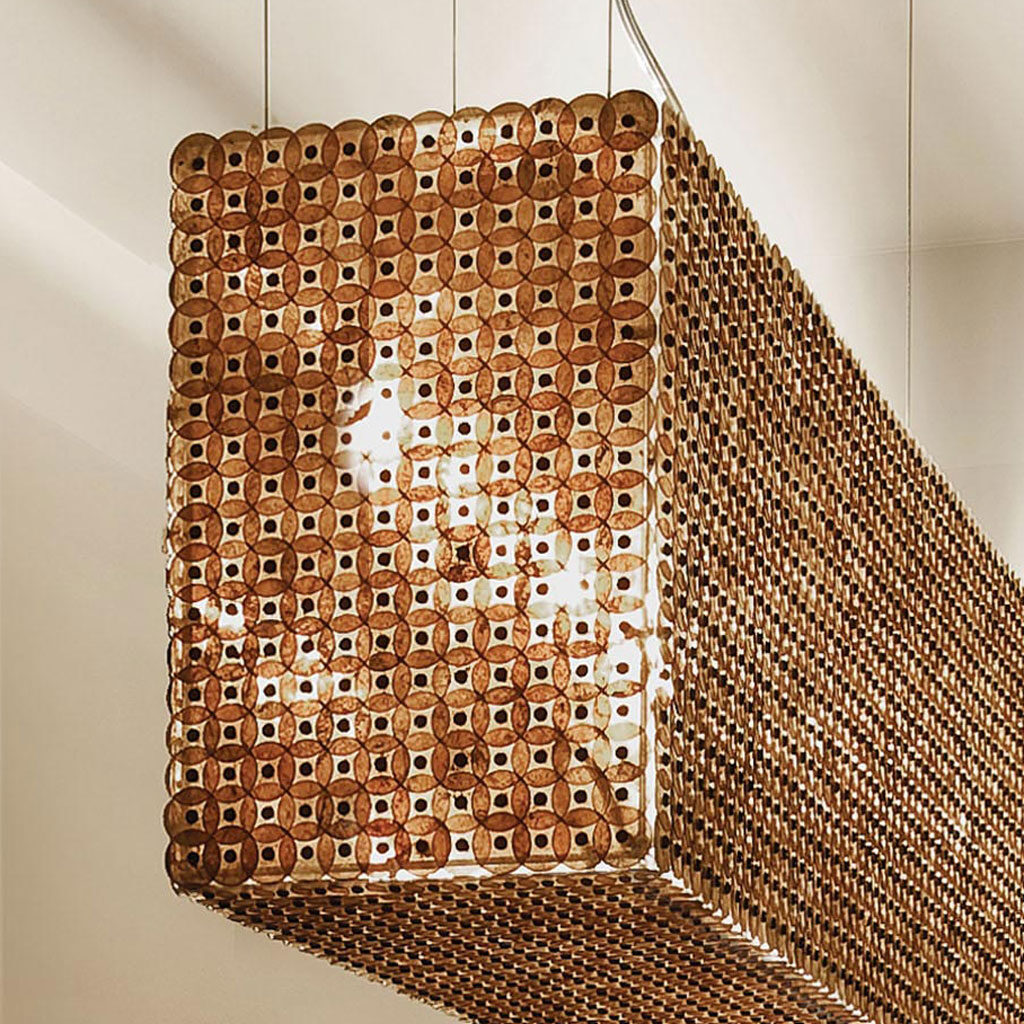 "Light is more profound than just light. It can transport you somewhere." 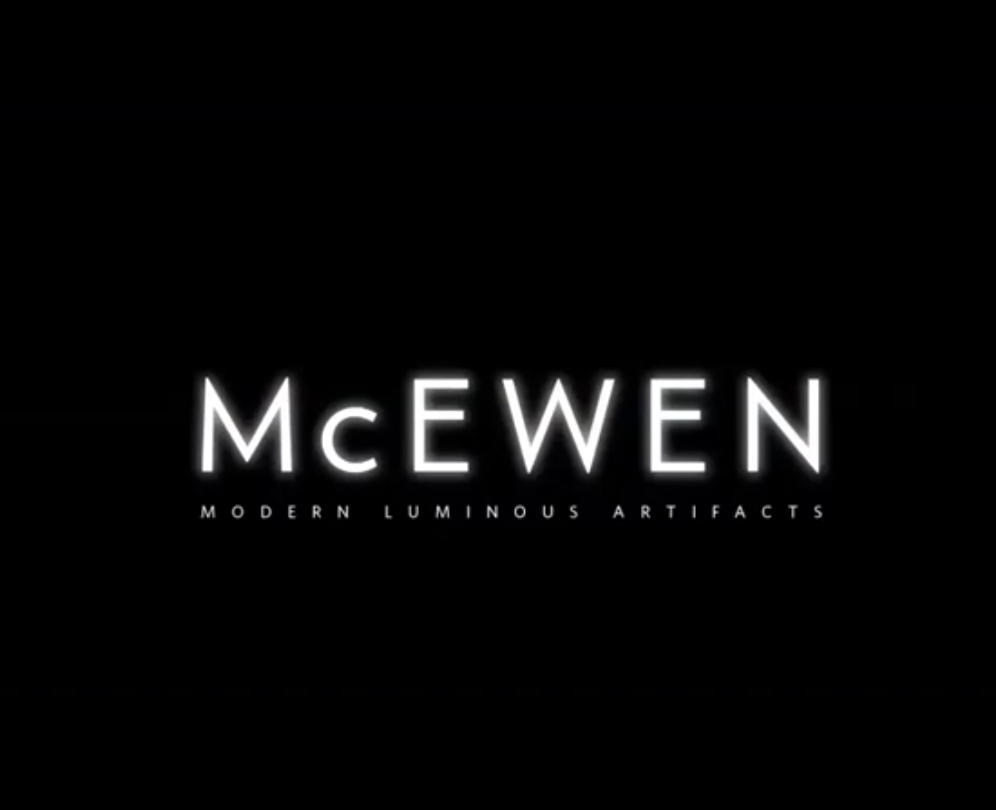 Let us know what you’re looking for. Please provide your contact and product information and our sales team will fulfill your sample request tout de suite. 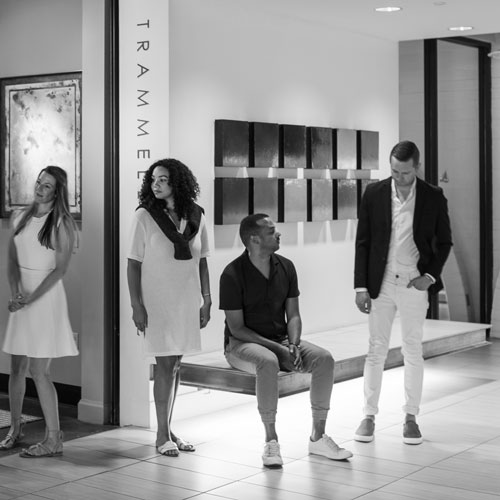